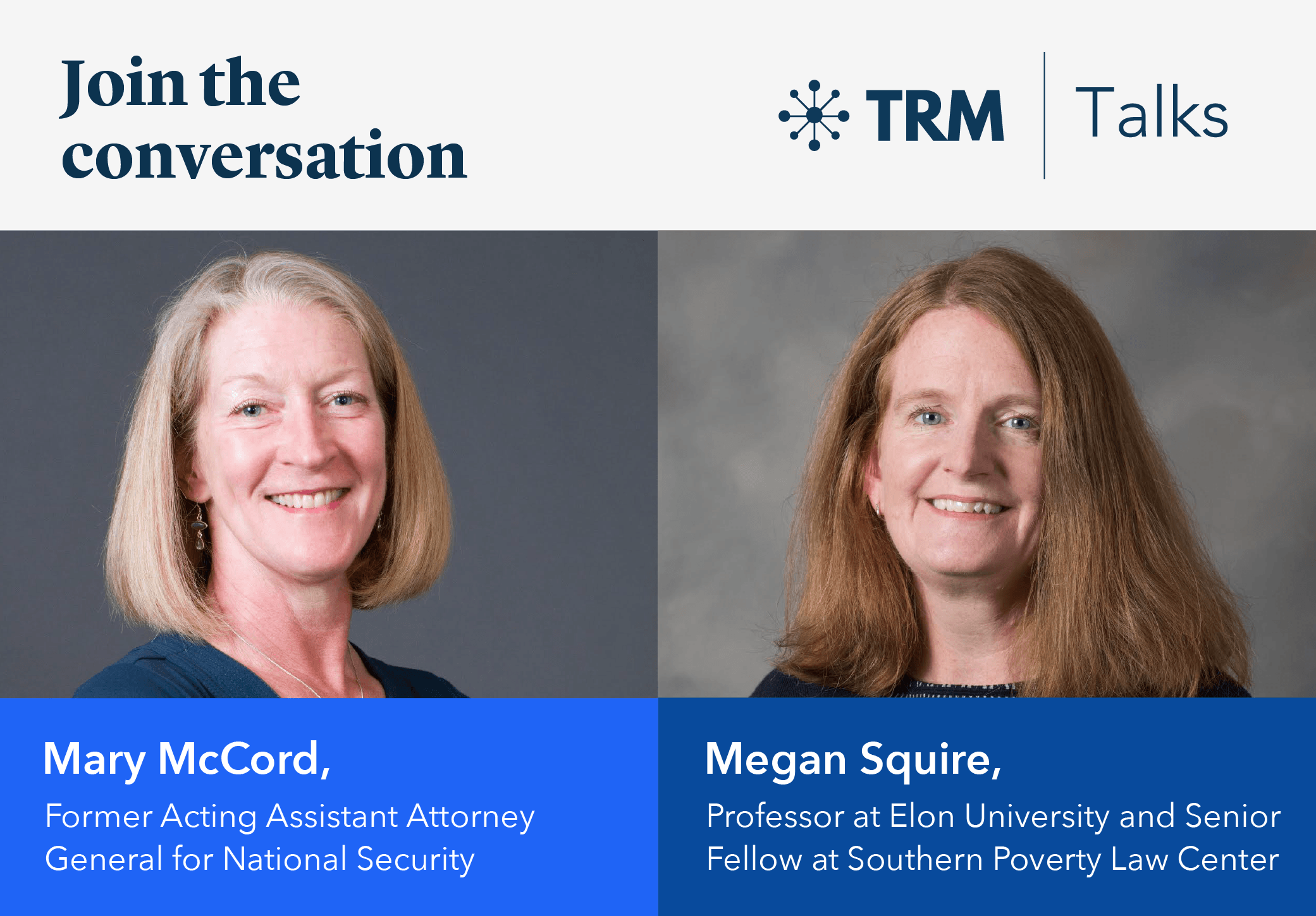 On January 6, 2021, the storming of the United States Capitol by a mix of rioters, hooligans, and militants, bent on upending the Democratic process, shined a spotlight on the already growing threat of Domestic Extremism. Domestic Extremism, motivated by an array of grievances, ideologies, and white supremacy is what the U.S. Department of Homeland Security called, in 2020, “the most persistent and lethal threat in the Homeland.”

Who is the radical right? How do they use social media? How are they financed and why is Bitcoin, according to white supremacist Richard Spencer, “the currency of the alt-right?” Join TRM Talks as we explore the threat of Domestic Extremism with Former Acting Assistant Attorney General for National Security Mary McCord and Professor Megan Squire, a Senior Fellow Southern Poverty Law Center and one of the foremost experts on the radical right.

Be Careful What You Download: How to Avoid a North Korea Cyber Attack