Watch Now: A Discussion on Crypto and Sanctions 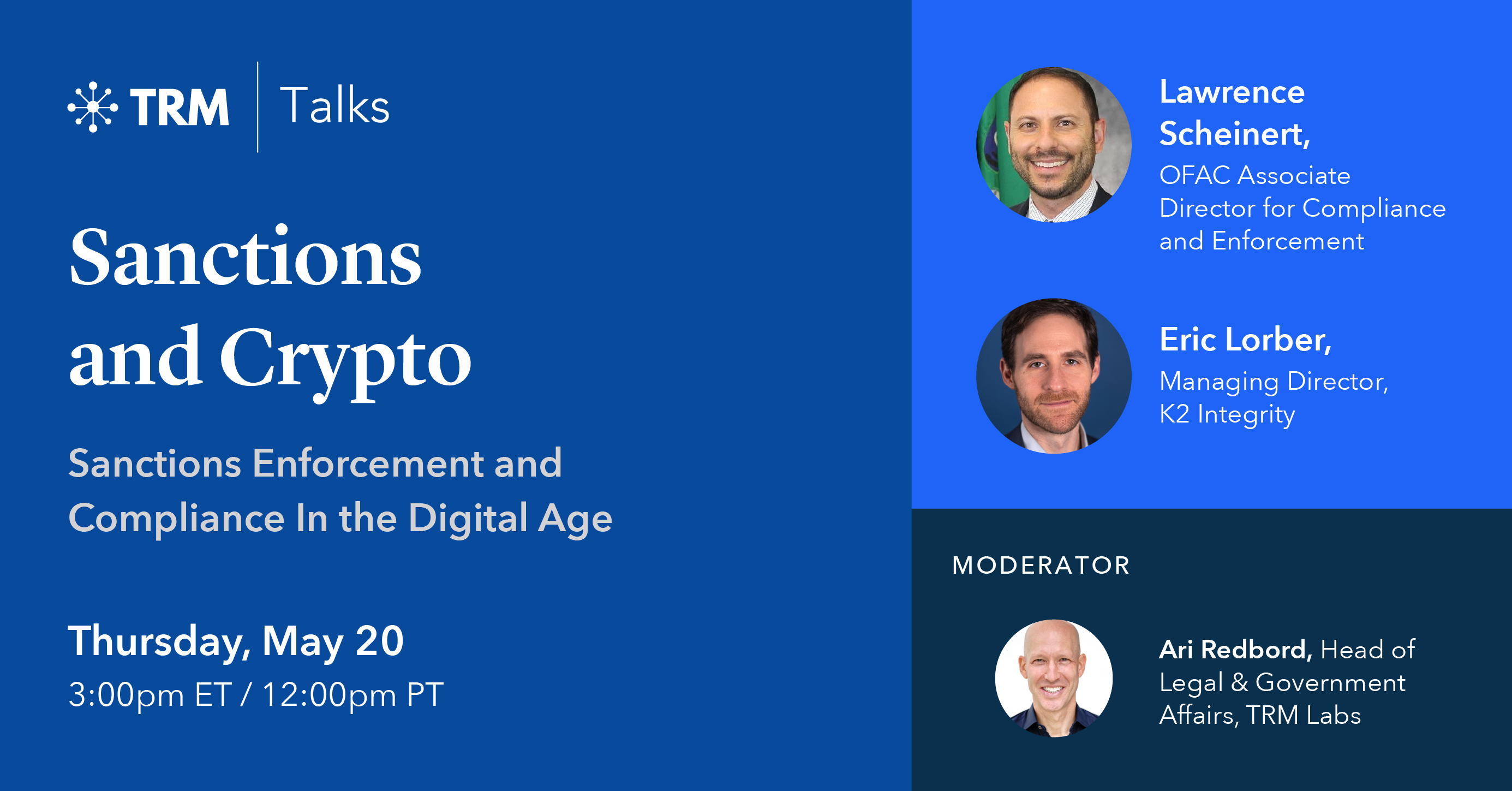 For decades, policymakers across the globe have increasingly used economic sanctions to disrupt terror networks, limit the spread of weapons of mass destruction, punish human rights violations, deter election interference, and isolate rouge regimes. While the United States, the European Union and the United Nations deploy sanctions differently, all three focus on one common goal - cutting off illicit actors from the traditional financial system to prevent them from moving money and buying goods. However, as we move from the fiat world of hawalas and shell companies to the digital world of programmatic money laundering in cryptocurrencies, what is the impact to economic sanctions. How do cryptocurrencies, with their promise of speed, pseudo anonymity, and borderless reach, impact nation states' ability to enforce sanctions? How can cryptocurrency businesses and financial institutions build a sanctions compliance response to thwart sanctioned actors and conform with regulatory expectations? TRM Talks Crypto and Sanctions with two people that have the answers - OFAC’s Head of Enforcement Lawrence Scheinert and Former Treasury Official and Sanctions expert Eric Lorber of K2 Integrity.

How Wyoming Became the New Frontier for Financial Innovation

A Matter of Trust