A Digital Migration: How The Pandemic Has Launched Latin America into the Cryptoverse 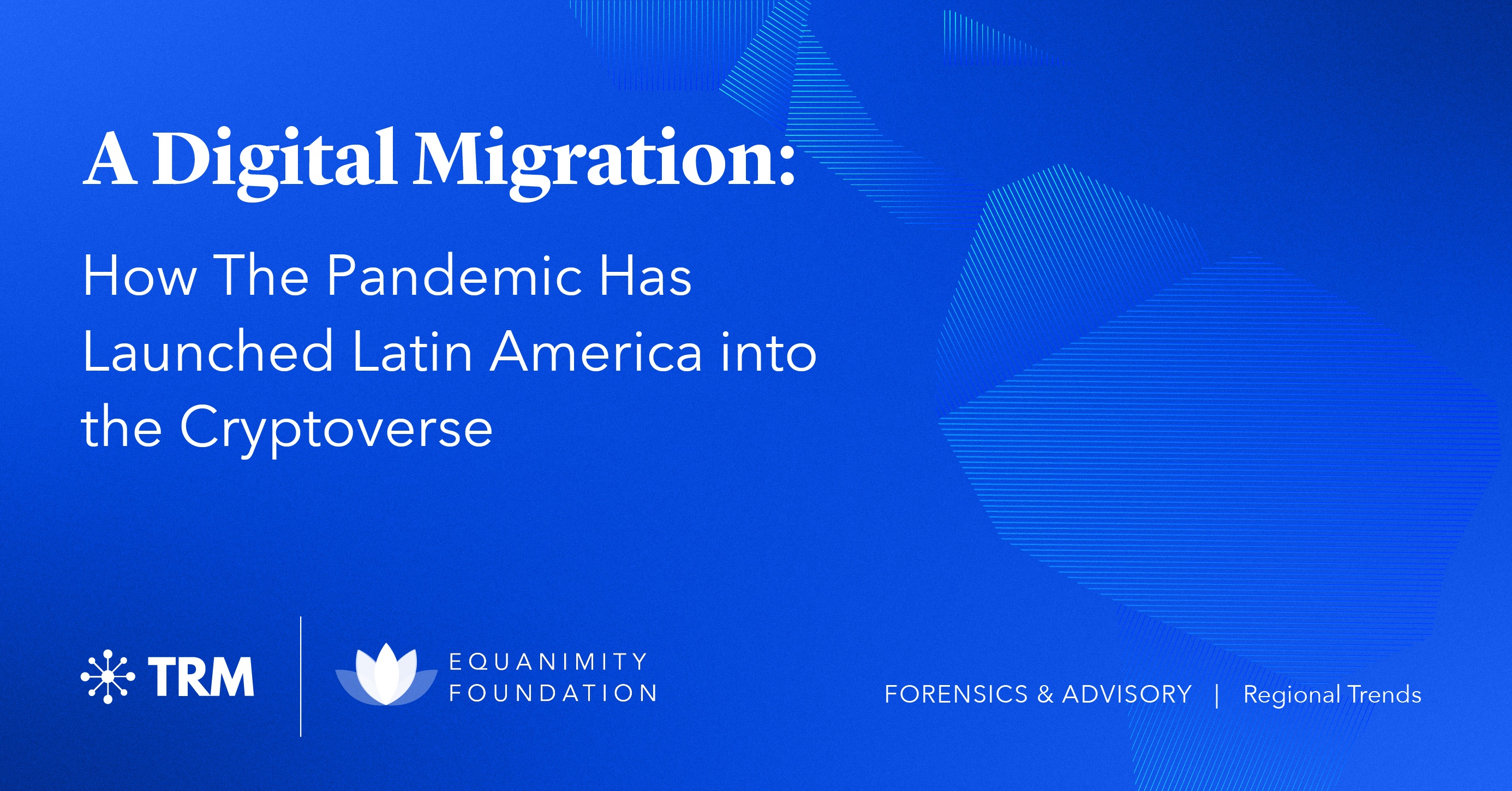 Even before a global pandemic brought a cataclysm of change and upheaval to every corner of the globe, Latin America faced political, social, and economic challenges that became even more evident as COVID-19 rocked the region.  But even as protest and upheaval characterized political life, other transformative forces were also at work, including the rise of technology. For Latin America, home to the largest number of internet users per capita in the world, technological advancement was only accelerated by the pandemic.  The internet, already beginning to replace brick and mortar experiences, overnight became an alternate space for entertainment, shopping, communication, investment, and innovation.  With this online migration came a reliance on social media for information and communication and a move toward cryptocurrencies for financial transactions. The move toward cryptocurrencies, the internet of money, has sparked a potential new era of economic freedom.

In the same way that the internet democratized the creation and distribution of content, crypto is democratizing the creation and distribution of financial products. This is leading to both greater access to existing financial services and an explosion of new financial instruments. The result is a more open, efficient, and interconnected global financial system. A shop owner in Argentina is able to protect her savings from hyperinflation by purchasing stable interest-earning digital currencies straight from her smartphone. A migrant worker in the United States is able to send money back to his family in Mexico at a fraction of the current cost. A teenager in Brazil will start saving sooner by monetizing her in-game digital assets.

But with all of the power and promise of this new financial system comes systemic risks from illicit actors. Cryptocurrencies, like any financial instrument, can be exploited. They can be used to evade sanctions and launder funds. Cybercriminals can develop their own software and exchanges, unleash investment scams, operate darknet markets, peg tokens to whatever value they choose, and even create blockchain protocols. This not only impacts the way traditional transnational criminal organizations navigate the financial system, it decentralizes criminal activity and opens up avenues for individuals and small syndicates to have a disproportionate impact. If the territory is the internet, then there is a lot more room for rogue actors to deploy targeted attacks.

This paper discusses Latin America's online migration, the power and promise of a decentralized permissionless financial system in a region characterized by hyper-inflation and instability, and the use of cryptocurrencies and social media by illicit actors seeking to capitalize on a rapidly changing landscape.

The U.S. Congress Takes a Step Toward Legal Clarity for Crypto

Crypto and Domestic Extremism
about US