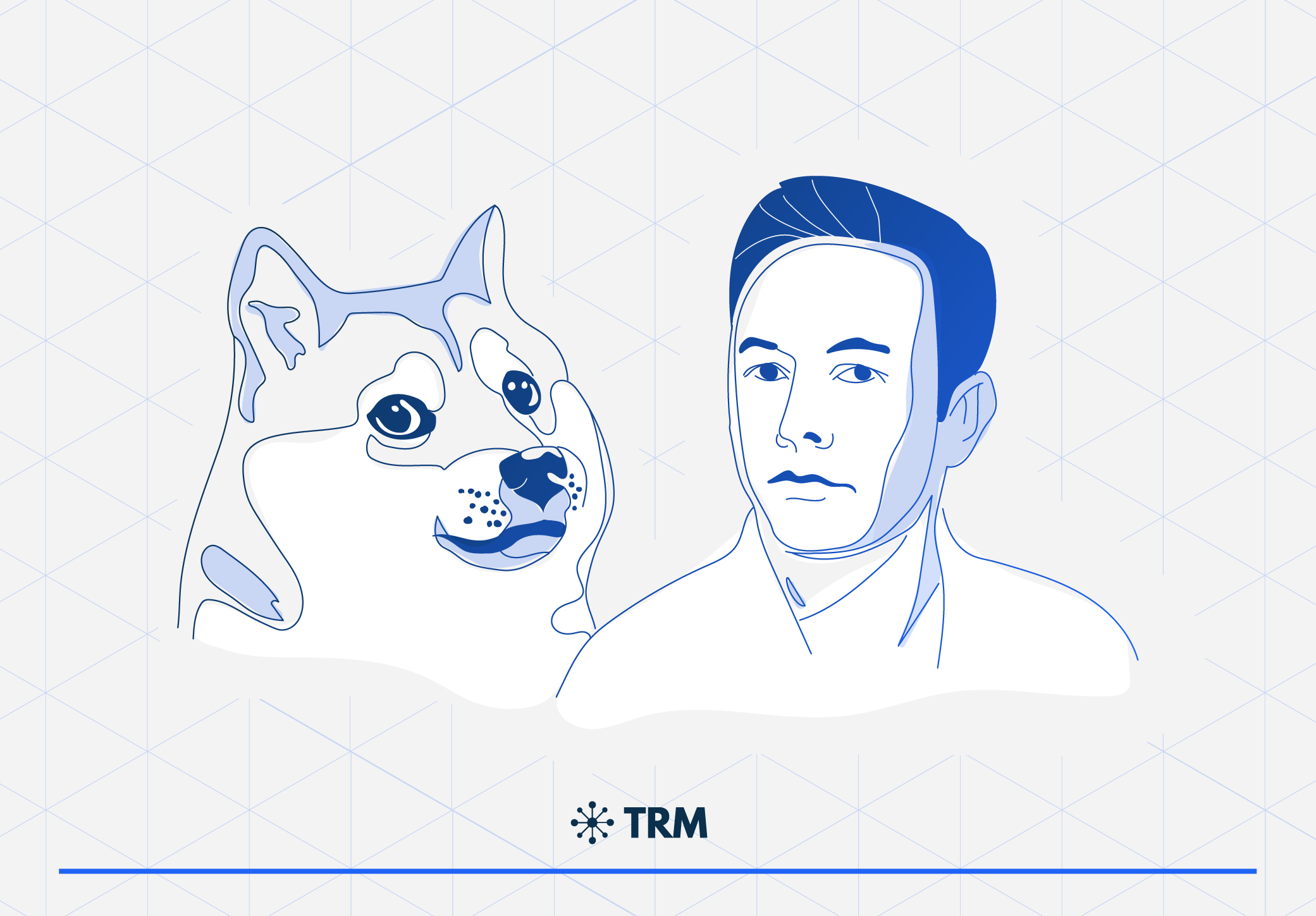 During the SNL broadcast, a search for "Elon musk SNL" on Youtube returned multiple live streams that appeared to be hosted by SNL – using accounts like "SNL LIVE" with hundreds of thousands of subscribers – but, in fact, were operated by scammers.

Each live stream advertises a unique website which viewers can visit to receive the cryptocurrency DOGE. The live stream claims, "Elon Musk has devoted 500,000,000 DOGE to be distributed to all DOGE holders. Anybody can get some, just visit the website."

The scam works by asking the user to send DOGE to a specified blockchain address with the promise that the user will receive twice the DOGE in return.

Once the victim sends the DOGE, the scammers make off with the proceeds. As of May 9, 2021, addresses associated with the scammers had received at least 9.7M DOGE, worth approximately $5M USD at the time of the scam. Preliminary analysis shows that many of the inflows may be generated by the scammers themselves, to make the appearance that the operation is legitimate.

By Sunday morning, many of the original videos had been taken down by the scammers, ostensibly in an attempt to cover their tracks.

Preliminary analysis by TRM shows that the scammers have historically operated many other crypto giveaway scams on multiple blockchains including BNB on Binance, Uniswap on Ethereum, XRP on the XRP ledger, and more.

Many of the victims have started to come forward on forums. One user wrote:

"Don't fall for it like I did. The Website won't send you back twice the amount of coins you send them. I just went from having savings for this first time in my life to 60 bucks left in my pocket..."

This latest DOGE Giveaway Scam highlights how as the universe of crypto assets expands, so too does the landscape in which scammers and cybercriminals operate.

Giveaway scams are not new. According to the FBI, Mass Marketing Fraud schemes — like crypto giveaway scams — "victimize millions of Americans each year and generate losses in the hundreds of millions of dollars." The FBI warns against offers that "appear 'to good to be true'".

Social media and cryptocurrency are vectors for mass fraud. Scammers use social media platforms like YouTube to market their schemes quickly and cheaply across the globe. Similarly, scammers use cryptocurrencies like DOGE to collect payments quickly and cheaply from victims worldwide. When used together, these technologies enable scammers to operate at unprecedented speed and scale.

"As cryptocurrency usage accelerates worldwide, it's clear that advancements in blockchain analytics are required to help cryptocurrency businesses and government agencies stay ahead of the trends," says Ari Redbord, Head of Legal and Regulatory Affairs at TRM Labs

Next-generation blockchain intelligence providers, like TRM, give compliance teams and law enforcement the ability to detect and investigate illicit finance across 20 blockchains and 360,000 crypto assets in real-time — the largest asset coverage globally.

Today TRM Labs, the next-generation blockchain intelligence company, announced that DOGE is enabled across all TRM solutions for crypto investigations, compliance, and risk management. This helps financial institutions and government agencies detect and investigate illicit finance on the DOGE blockchain. Cryptocurrency exchanges, for instance, use TRM Transaction Monitoring to automatically screen for DOGE deposits sourced from scams, hacks, and other illicit sources, as part of their anti-money laundering program. Law enforcement agencies use TRM Forensics to trace the proceeds of scams to build cases and protect the new crypto financial system.

"TRM is building the 'trust and safety' layer for crypto," said Esteban Castaño, CEO of TRM Labs. "We are grateful for the opportunity to support front-line compliance professionals, investigators, and law enforcement with next-generation blockchain intelligence, helping them to identify, investigate, and prevent illicit finance wherever it happens — whether on Bitcoin, DeFi, or Dogecoin."

A Digital Migration: How The Pandemic Has Launched Latin America into the Cryptoverse

TRM Labs, the leading provider of crypto anti-money laundering (AML) and investigation software, is pleased to announce that Aron Akbiyikian will join the TRM team as a Public Sector Deployment Strategist, bringing his expertise and passion for cryptocurrency investigations directly to our clients.
about US